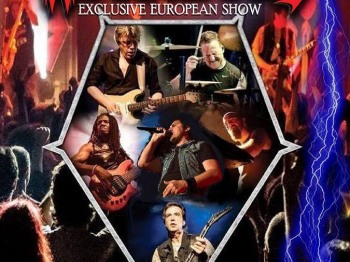 They will be playing Chania Rock Festival 2017 Saturday, July 1st.

Band formed in 1980 and based in Los Angeles, California. Since its formation has been led by guitarist Bill Tsamis and drummer Mark Zonder.

This show CANNOT BE MISSED!